Hangzhou, China /October 18, 2018 Dahua Technology is proud to present the world with HDCVI 5.0, the latest installment to a revolutionary series for the global surveillance industry initiated in 2012, which brings clarity, intelligence and security to an unprecedented level. 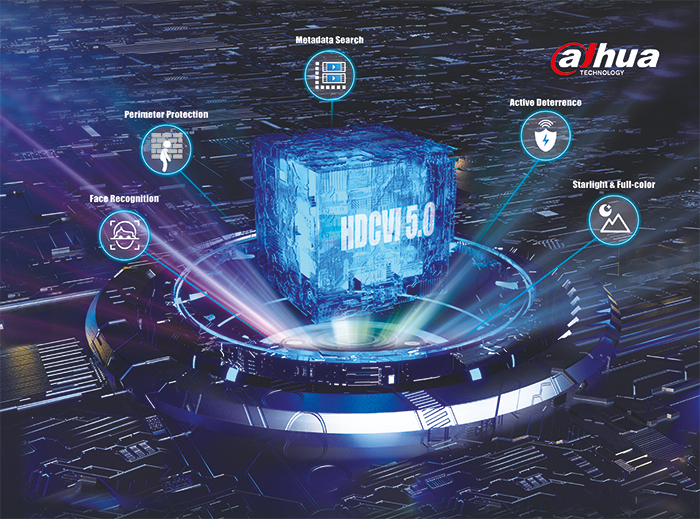 For those who are not already familiar with the field, there’s no need to rush into jargons of technical details behind the acronym. Simply imagine a really good security guard you hire that happens to enjoy an exceptionally sharp eyesight unaffected by the darkness of night; who also happens to be able to recognize each and every face ever shows up with correct names attached; who also happens to be smart enough to identify potential threats approaching and brave enough to take spontaneously actions; who also happens to never get tired 24/7. It doesn’t take a miracle to have such a great security guard. Dahua HDCVI 5.0 Technology accomplishes all the aforementioned and more.

Now let’s cut to the hard-core facts and numbers that confirm the various groundbreaking benefits brought to you by HDCIV 5.0, which consists of HDCVI Active Deterrence Camera, 4K/5MP/1080P Starlight HDCVI Camera, 1080P Full-color HDCVI Camera and HDCVI 4K & H.265 AI XVR. When used combined, they will take care of your security problems in the following 5 aspects. 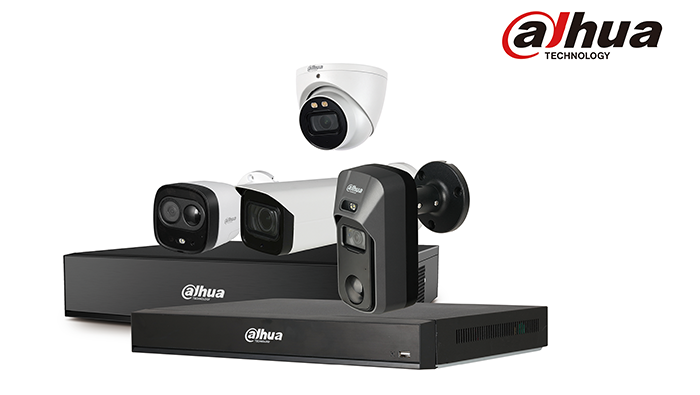 HDCVI 5.0 can detect potential risks based on configurable motion, tripwire and intrusion rules. The system will send alarms to users when unwanted moves occur.

HDCVI 5.0 is able to determine if there is a face in the monitoring video and crosscheck it with faces stored in database to see if it belongs to a suspect or distinguished guest according to users’ own black/white lists, and take corresponding actions that could either be an alarm or a free pass without manual check at entrance control.

Fully guaranteeing accuracy and process efficiency, the system supports up to 24 pic/s face recognition and 20 database with up to 100,000 face images in total.

Constituted with feature attribute information extracted from target faces, such as gender, age, glasses, masks, beard and expressions, metadata makes it possible to do smart search by comparison between the modeled object and database or matching with identity characteristics, which significantly enhances accuracy and efficiency.

In addition, the metadata is also of great help to platforms that allow potential business applications realized by third parties.

Enjoying PIR and motion dual-detect which improves accuracy and reduces storage space for motion detect based recording, HDCVI 5.0 can not only send real alarms to users in time but also warn off intruders with white light and siren on site. Thus, the system is a watchdog that not only watches but also barks.

Moreover, together with the alarms sent to users in real-time are visual and audio verification with HDCVI videos, the most immediate evidence of what really happened.

For HDCVI 5.0, darkness is no excuse. With starlight cameras ranging from 1080P to 4K and full-color, which are endowed with high performance sensor and larger aperture lens, the system is able to give high color reproduction and light sensitive performance resulting in more vivid, brighter images, meeting the requirements in low-light monitoring environments, such as parking lots, urban streets, shops, etc.

Full-color camera allows 24/7 color monitoring for collecting chromatic information such as colors of clothing or vehicle.

Even in total darkness, the system still functions, thanks to light compensation with Smart IR (for common starlight cameras) or Smart White Light (for Full-color cameras).

The images gathered, after being treated with advanced processing technology to reduce noises while retaining low smear and clear details, are useful materials for further intelligent analysis.

It should also be noted that

As a leading solution provider in the global video surveillance industry, Dahua Technology has always put great emphasis on “Innovation, Quality, and Service”, which naturally leads to the birth and ever evolving of HDCVI solutions. The latest HDCVI 5.0 is another milestone on the way to Dahua’s ultimate goal: Enabling a Safer Society and Smarter Living.